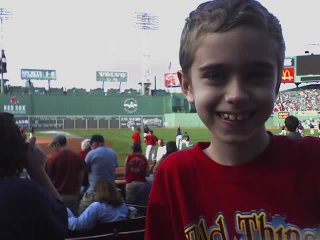 Our next big gig is next week, on Labor Day, when C & I will be suiting up and taking the Bluesmobile to a charity car show for kids in North Attleboro, MA. Called "Touch a Truck Day", it's an opportunity for families to come and let their kids explore (hands-on) police cars, fire trucks, construction equipment, ambulances - and a Bluesmobile - with the proceeds going to charity. It should be a fun afternoon, if the local police parked next to me don't take exception to our car of course!
Posted by Bismo at 8/28/2006 09:18:00 PM