We started off on September 19th with two nights in Vegas' Mandalay Bay resort, and that was wonderful. We aren't into the gambling thing at all, we just wanted somewhere fun to stay while we got acclimated where we'd all have something fun to do. The Vegas House of Blues is in the Mandalay Bay resort, so my first beer of the vacation was of course served there. Not a great assortment, unfortunately, but a couple of bottles of Sam served me just fine. Momma and Buster went back upstairs after dinner while I stuck around for an hour to listen to the first set of that night's blues band. I regret I don't recall the name but I saw a Swedish guitarist who used to back Junior Wells late in his career, playing there with his own band. Good stuff!

Another unexpected treat was the aquarium in Mandalay Bay, "Shark Reef". Most of the newer resorts have some family friendly features, from the mid/late 90s push to making Vegas more of a family destination. That never really caught on but there's some cool things to do there. This aquarium was actually much better than we'd ever expected it to be, frankly rivaling if not surpassing the Living Seas pavilion at Disney's Epcot. We had a great time there, and we almost had to drag Buster out as he was having so much fun petting the sting rays!

Friday the 21st we hit the open road, bound for Sedona, AZ about 4.5 hours away. The drive took us over the Hoover Dam so we stopped there for an hour or two... we didn't do the full tour (down inside the dam) though we did check out the exhibits and viewing areas along the top. Mighty impressive! 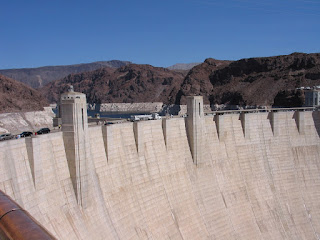 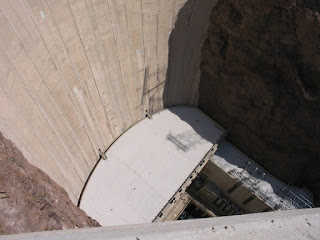 The drive south down through northwestern Arizona was fun, with long stretches of flat highway going through dustbowl-like landscapes. At one point we drove through a small dust storm, complete with dust devils (small tornado-like dust swirls) running through the adjoining fields. Very surreal and very cool! We also found a bunch of large locusts (I wouldn't call them a swarm, though there were a few dozen around that we saw) at one of the restaurants we stopped at during the drive.

The drive into Sedona was absolutely awesome. Coming in from the north the road goes down into Oak Creek Canyon... and really down. The road down was something out of a Bond movie, hugging the side of the canyon wall and constantly switching back on itself; 15mph was pretty much tops all the way down and the scenery descending from the top to the bottom was beautiful. Then on into Sedona itself, famous red rock country with towering rock formations overlooking everything. 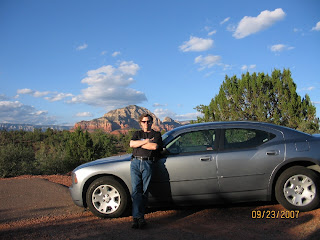 We had a condo here that was to be our base for the next week. The resort adjoined the Tlaquepaque (pronounced Tla-keh-pah-keh) "arts and crafts" village, a cool little specialty shopping village with art galleries and studios. And also, a brew pub right there, yay! The Oak Creek Brewery was pretty good with food and had some very good beers, including their Amber Ale which became my favorite for the vacation. It was also served at quite a few other restaurant in the area so I had plenty of this during the trip! 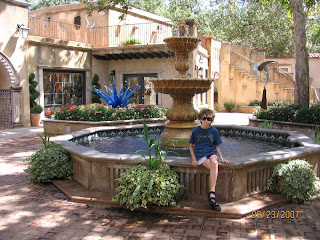