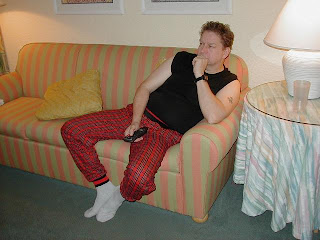 My heartfelt condolences go out to our friend Betsy tonight. I just heard that Betsy's husband Jim passed away unexpectedly yesterday (Memorial Day). We've know them a long time and they're good people. Jim will be missed and both of you will be in our thoughts. 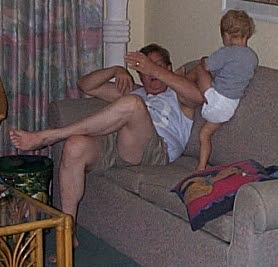 When It Was a Game

It's obviously a fun time to be a Red Sox fan. We're 11.5 games up on second-place Baltimore, and better still 13.5 games up on the Evil Empire, with the Yanks now tied with the D-Rays for last place. There's actually been a couple of moments in the past month when I actually felt a twinge of sympathy for the Bombers, especially when they lost two pitchers that were hit by batted balls up the middle. Still, I got over that quickly, and here's why... their fans need a reality check.

Last week I ready an article in one of the NY papers, I unfortunately wasn't able to find the link today so I'll have to paraphrase. But it was the night after the Yanks lost a game despite threatening in the 9th inning. The article was something like this - The situation is so familiar, Yanks down by a couple of runs but with runners on second and third with Jeter at the plate we just knew what would happen, we've seen it so many times before... but it didn't happen, and the Yanks lost.

What amazes is is the expectation of winning over and over again, year after year. From today's Globe is another excerpt along the same lines -

One now former rooter over the weekend announced she was "divorcing" the New York Yankees due to their losing ways. Here are a few gems from Jane Heller, whose declaration was published in the "Cheering Section" of the New York Times:

# "The grounds for the divorce will be mental cruelty. I mean, I made a commitment to these guys, emotional and financial, and they betrayed and humiliated me by allowing the Red Sox- the Red Sox! - to run away with the division."

# "I will tell you how [the Yankees] treated me - as if I were a Kansas City Royals fan."

# "When, exactly, did I fall out of love with the Yankees? (To clarify: I will always love them, but I am no longer in love with them. There is too much anger, too much baggage between us now.) "

# "As for the Yankees, if they suddenly start winning and somehow become not only the American League champions this season but the World Series champions, I will take that as a sign that they want me back and I will give them serious consideration.”

Y'know, Sox fans have, by and large, been loyal fans through years and years (how many was that again? 86?) regardless. In fact, current NY fans' parents went through similar stretches with the Yankees. But the Yanks' dominance over this past decade, despite their post-season woes, has their fan base very, very spoiled. Win, or else you're not my team? Please.... Just enjoy the game, enjoy your team and enjoy baseball! Winning is only special if you know what losing feels like too. 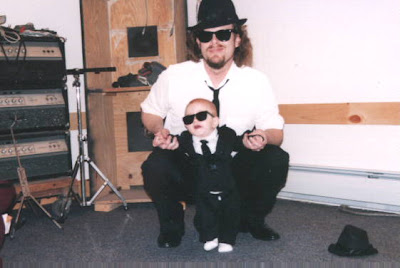 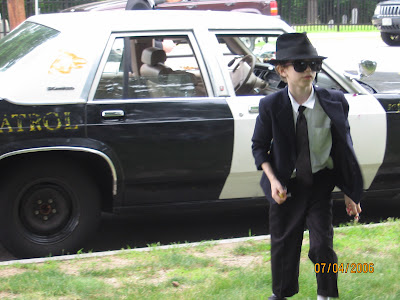 Obviously I haven't been blogging much in recent months. Last year was a busy one with the resurrection of the Bluesmobile (Mark II) and the reunion of the Blues Brothers (with my brother out in the midwest). This year's been more peaceful, but it's been good so far.

I'd mentioned some potential big Bluesmobile news in my last post...

...Never mind. We had a line on a former House of Blues Monaco but it didn't pan out, the owner was waffling on if he was really going to sell (and if he did he was probably going to jack the price up over what we were originally told), and the car had some pretty severe rust issues that would have required considerable further money to fix up (if it could be completely restored at all). But I had fun driving it around for an afternoon at least!

In the meantime, my own Bluesmobile is running great, though I just dropped some bucks into her to replace the radiatior and the intake manifold gaskets. I'd been hoping to upgrade the stereo system this year, not sure if that'll happen now. (By which I mean, the money really isn't there for it to happen now but that don't mean it won't!)

We had a very fun Mother's Day weekend, as The Momma ended up not working. As a present she decided she wanted her own Nintendo DS, so she and Buster can play head-to-head and she can play some games herself in waiting rooms, etc... neat idea for a mom, so we got that for her Saturday evening.

We did dinner out both Saturday and Sunday, very fun, and Sunday afternoon we dug out the GPS receiver and went geocaching in a couple of beautiful wooded areas. We started doing this back in January (when it was warm!), and now that warm spring weather is here for good we'll hopefully be doing a lot of this over the summer. It's a lot of fun, and gives us an excuse to explore new trails and parks. Only bummer is because of our schedules, it'll be fairly rare for all three of us to get out on the trails together. Usually it'll be The Momma and Buster if it's during the week, and I'll go out with him if it's on a weekend.

Coming up this week Buster turns ten.... Oh my. We'll have a fun family day during the week on his actual birthday, then a small party with a few friends and relatives over the weekend.

Well, at least he's now officially going to be the same age as "Buster" in "Blues Brothers 2000"! Gotta get him a new suit though, he's outgrown his from last year.

We're also busily planning this year's vacation trip, no Disney this year (darnit!) but we've got a pretty ambitious trip out to Arizona (via a few days in Las Vegas) planned for the fall that we're very excited about. Also still chatting with my brother Jake about a hoped-for blues get-away towards the end of the summer, most likely to Memphis. Here's hoping!