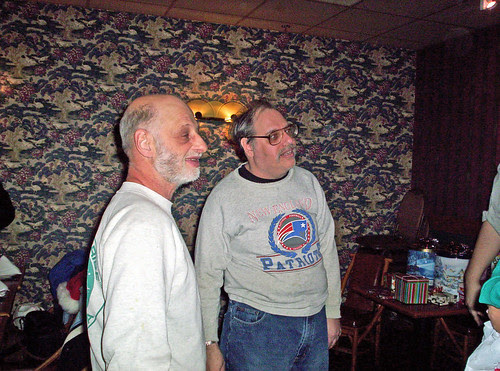 Buster & I went to the harmonica blowout in New Hampshire this past weekend, couldn't have had a better time. The show featured Mark Hummel, Sugar Ray Norcia (from Sugar Ray & The Blue Tones and formerly a front man for Roomful of Blues), Billy Branch (Chicago legend!) and Lee Oskar.

Fantastic show, each player taking a 4-song set before they all got together for a jam session to close it out. I was most excited about seeing Billy Branch, and he didn't disappoint... though they were all terrific in my opinion he stole the show. Buster admitted he agreed with me... indeed, Buster said overall this was the best concert he'd ever seen! (He was the only kid there, as well, and being in the 2nd row it didn't go unnoticed.) Lee Oskar was very interesting, doing some unbelievable technical stuff although the style didn't touch me emotionally as much as the other players.

After the show Buster wanted to shake the guitar player's hand... Rusty Zinn, who was amazing the whole night backing all of the different styles as well as getting quite a few solos where he could really shine. (I was might proud of Buster for picking up on how great his playing was and important he was to the whole show!)

After chatting with Rusty I wanted to say hi to Billy, which I did, but Billy was much more interested in talking to Buster... he'd noticed him bopping around during the show and was delighted to see a kid there. After offering Buster some words of encouragement when Buster mentioned he'd tried piano but didn't really go anywhere with it, Billy gave him one of his (show-used) harps... man, I'm jealous!!

I was also very proud of Buster when Billy said he'd autograph it for him, or if he'd rather we could just clean it and he could PLAY it... Buster decided he'd rather play it. Abso-frakkin'-lutely!

Here's a couple of pictures, but I only had my cellphone with me so they're on the blurry side... somehow I almost never remember to bring a camera to concerts, guess I'm too busy grooving the tunes. 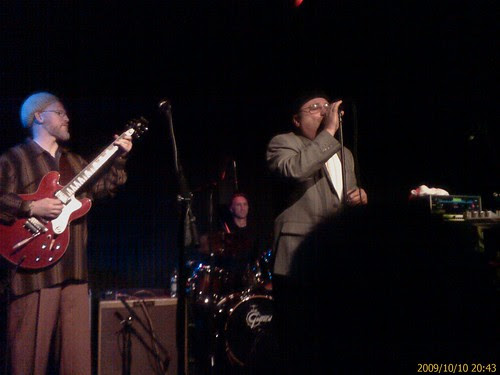 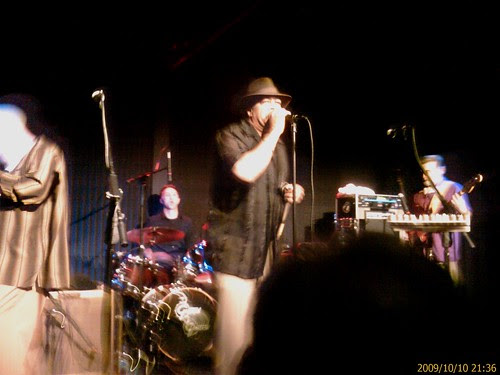 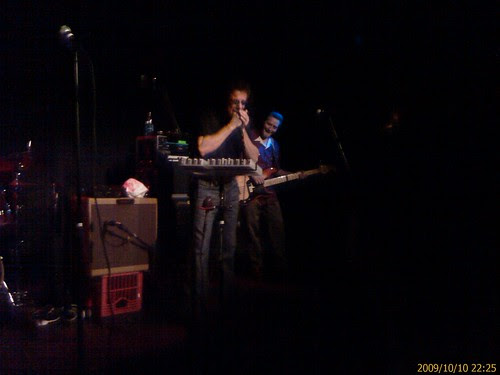 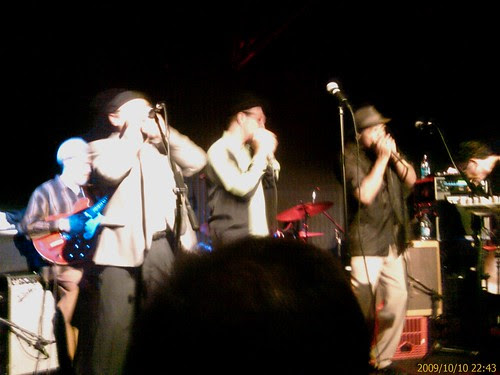