See you in a couple of weeks! 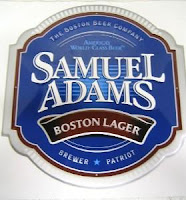 Last Thursday evening we had our long-awaited, contest-winning tour of the Sam Adams Brewery in Boston. While low-key this was a lot of fun, as I was able to bring three friends with me for the tour, followed by dinner while we watched that night's Red Sox game on big-screen TVs.

My brother Bob came with me, and also my friend Cap'n Ho. The Hey was going to go with us as well but got bogged down with an overloaded schedule so I was able to bring John, a friend from work, along in his stead. I stopped to pick up Bob at his apartment in Brookline, and after playing with his two young kids for a while (my back and legs reminding me of that the next morning!) we turned the Bluesmobile towards the city.

I'd forgotten how much fun it is to drive a Bluesmobile in the heart of Boston! With our Monaco 20 years ago Jake & I almost lived in the city, where there were at that time still several great blues clubs, and I also worked in Cambridge back then. Nowadays the good clubs are mostly in the suburbs, and my office is long since moved out west of the city, so I rarely take the time or have reason to venture into town. I definitely need to do that more often, Bob and I had a great time cruising the streets to the brewery with shades on, the windows down and the blues cranking.

The tour itself was a bit over half an hour, taking us through the brewing process and letting us taste and smell some barley, and handle and smell some hops. Then into their tasting room (a very nice wood and brass bar with tables) for dinner and the ballgame. They had four beers on tap that we could sample (a pint at a time, unlike the normal 4oz samples they give out on standard tours!)... Cherry Wheat, Cranberry Lambic, a local-only brew called Alchemist's Ale, and of course their name brand Boston Lager. Yum! The brewery is very small and mostly it's their R&D facility, where they prepare and test their recipes for each season's upcoming brews (hence the Thanksgiving-themed Cranberry Lambic on tap now), and some small batches of specialty brews for the local market (such as the ale brewed just for the nearby Alchemists Pub, which was quite good!).

The food was modest, just ballpark fare (sausages and dogs, nachos, wings, brownies etc), but satisfying. Most importantly, the Sox won the ballgame behind Tim Wakefield, yay! We also got some good swag... we all got T-shirts, and as the contest winner I also got a pair of Sam's new beer-geekish drinking glasses and a wall-mountable bottle opener. As the driver (and therefore being more moderate on drinking, at least in theory) I also got a huge glass Octoberfest mug with the Sam logo on it. Nice stuff!

The four of us had a great time, talking baseball, beer and whatever else came to mind for a few hours. I shuttled everyone home (or near home) in the Bluesmobile and got home myself around 11:30, earlier than I'd normally get home from a night of work anyway.

Now we're starting to gear up for our big family vacation later this month... No Disney this year (sigh)... but we've got a great trip lined up to Las Vegas, NV and Sedona, AZ (via a couple of days at the Grand Canyon), and also including an Arizona Diamondbacks ballgame in Phoenix. Hopefully I won't be too tardy with posting the stories from that trip next month.

Lastly, a word of congratu-frakkin'lations to my friend Mojo, who just (co-)won his second Emmy for his special effects work on the Battlestar: Galactica series. Very well-earned, Mojo... So say we all! 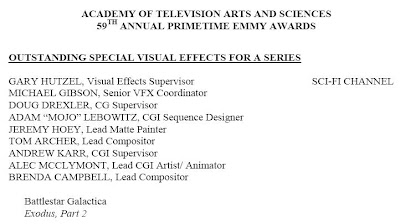 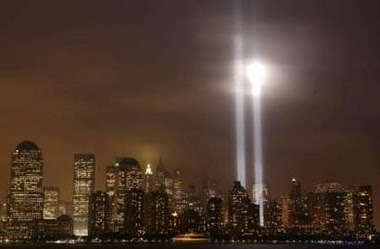